"What is your impression of Siew Man?"
One question triggers an avalanche of discussion among classmates. Teacher transforms indifference into enthusiasm with just a handful of colored paper strips.

"SEN Right - Group Photo" wins the championship of the Equal Opportunities Micro Film Competition launched by the Equal Opportunities Commission. The film opens with a group of secondary students gathering at the hall, following instructions from the photographer – button up, stand up straight, tilt your head to be seen. This is the photoshoot day of Class 1B and class photo requires uniformity and absolute obedience. Their class teacher cannot help but start to worry about Siew Man.

When being asked about their impression of Siew Man, his classmates refer him as "the naughtiest boy in class", "the culprit of late recess" or "a ball hog"; his class teacher, on the other hand, observes that a sullen air of neglect created by other students prompts Siew Man to make himself a nuisance. He often yells in class and runs around between lessons. Once, a parent even complained and asked the teacher to forbid Siew Man from sitting next to his son.

In the film, Siew Man is either misbehaving or sleeping in class, as if he is out of place.

Mr. Rex Wong Chun-kit, Educational Psychologist of the Heep Hong Society, has seen many SEN children sharing the experience of Siew Man, albeit a fictional character in the film, in reality. "It may be autistic disorder, or attention deficit/hyperactivity disorder, or developmental delay – not necessary belong to a particular category. The impression of the teacher and students in the film also rings true."

However, we seldom hear SEN children speak their mind in real life. The micro film uses Siew Man's writing to disclose his thoughts, "If I have a good friend, I wish he would talk to me and explain my mistakes away to teacher."

As with any child, SEN children also desire for friendship, yet their poor communication skills often hamper their efforts to make friends. Mr. Rex Wong points out, "This is the blind spot of many adults, who render SEN children as wayward or disobedient. Adults with such prejudice tend to lose the initiative to make sense of the motives of SEN kids and become incapable of guiding other children to understand them. In fact, their every action tells a story, just that they are not good at explaining themselves."

Things will only take a turn for the better when adults learn to pause and think – do not misread their behaviours as mischief or destructive on purpose.

However, how should we guide other children to learn about the special needs of SEN children? How should we handle the label of SEN in everyday life? 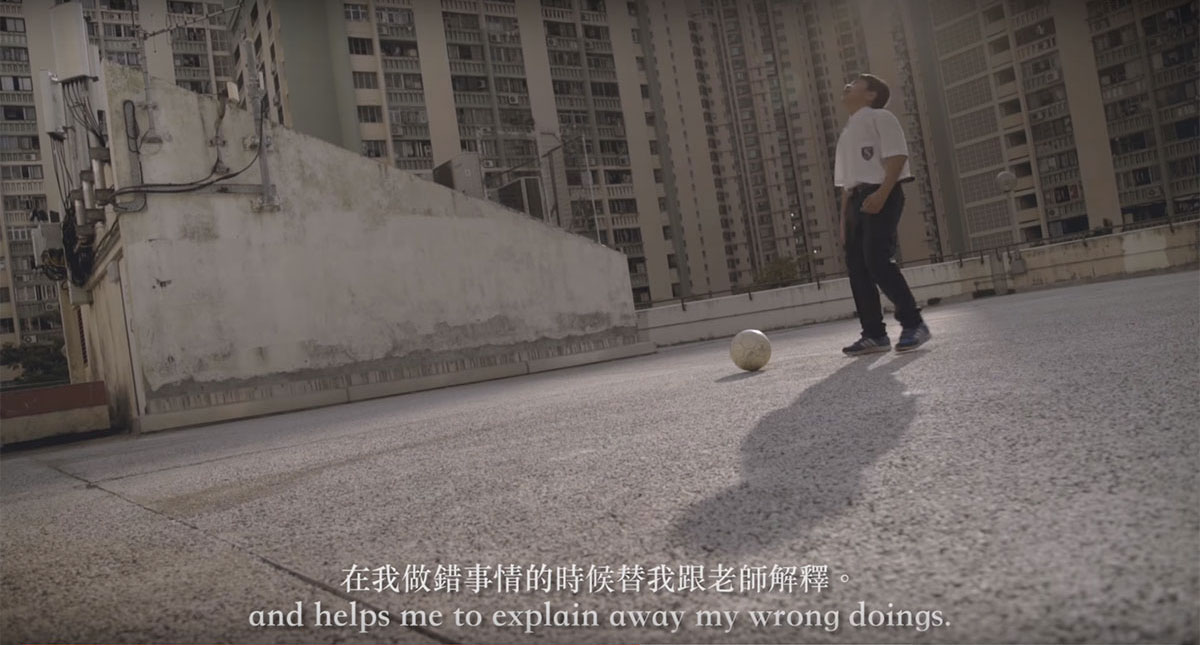 In his writing, Siew Man envisions his good friend as a defender who will "explain my mistakes away to teachers."

"SEN children may be different from many, but there are still a lot of things in common. For instance, they also want to make friends or get snacks during recess. Over-emphasis on their differences may not be the best thing for them," explains Mr. Rex Wong. "No one should be locked into a label, some labels may even become points of mockery among children. Besides guiding children to understand the special needs of SEN children, we also need to stress the uniqueness of every individual and that everyone has different needs so as to minimise the labelling effect."

Unfortunately, the standards of behaviours set by Hong Kong education system present hurdles to SEN children. "We emphasize the importance of collectivity and discipline. As everyone is expected to hit the same bar, we rarely respect or appreciate differences, let alone accepting SEN children from another angle."

He understands that every system sets its own standards, but the one of Hong Kong is definitely far too strict. Only through broadening and diversifying can children begin to explore more possibilities in life. 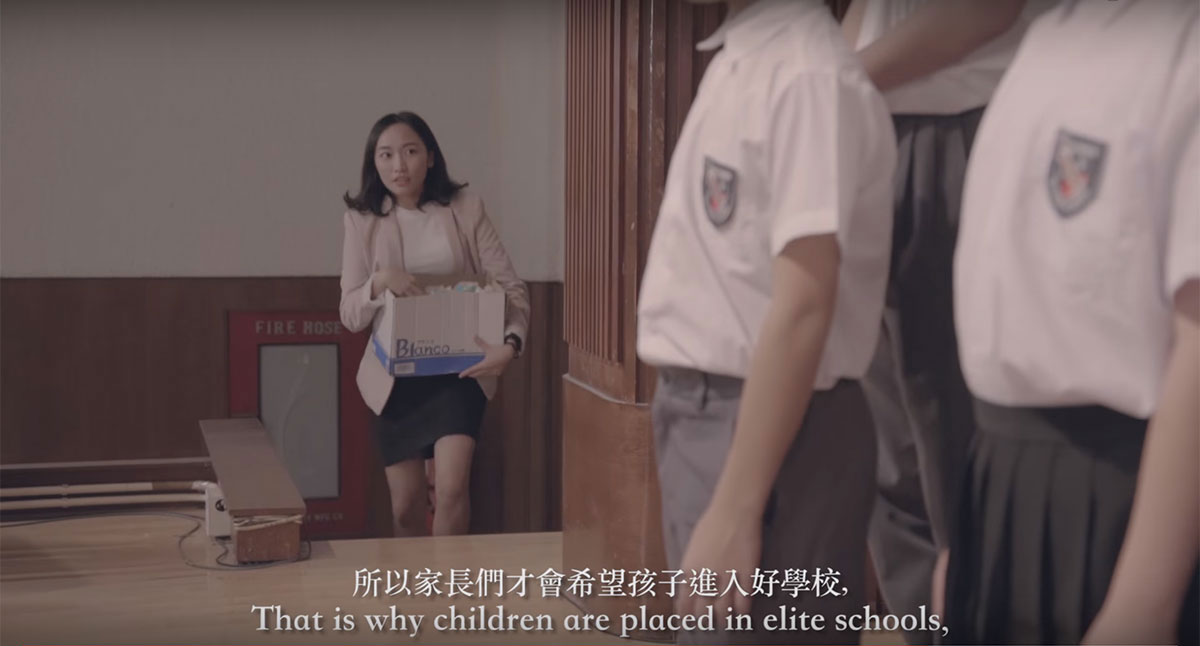 In the short film, the class teacher's fear is finally realised when Siew Man tosses paper scraps during the photoshoot, but she manages to hatch the opportunity – she runs to the staff room, grabs a box of coloured paper strips, and gives every student a handful to create the most colourful class photo ever. All students, no matter whether with SEN or not, enjoy a belly laugh. Paper strips contain no magic, we make magic happen together – just open up your mind for a whole new horizon. 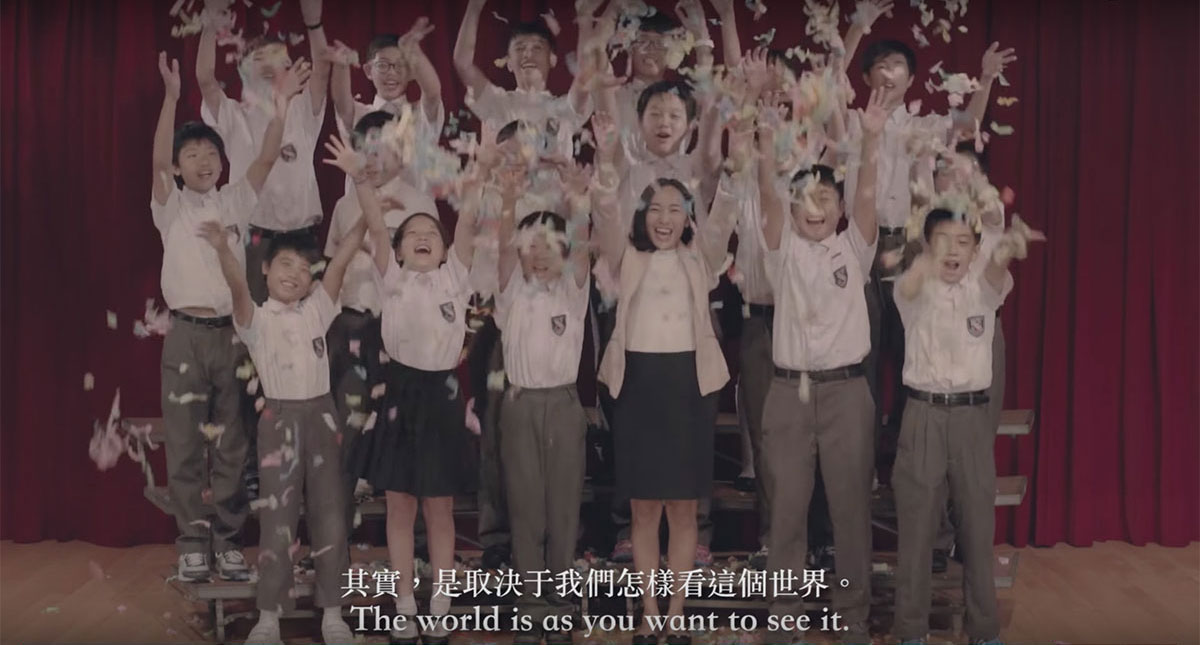