Life, Animated: A Story of Sidekicks, Heroes, and Autism

The little boy, who loves laughing and dancing, succumbs all of a sudden to a curse shortly before his third birthday. Like being locked in a cave, he retreats into silence, walks wobbly, lies wide awake all night. His parents have searched far and wide for medical help and their search finally ends on the word "autism". Life, Animated, nominated for Academy Award 2016 for Best Documentary Feature, gives real insight into the family and daily life of a person on the autistic spectrum. His confrontation, as an adult, with growth, independence, breaking up, and employment also embodies a journey full of love and hope. 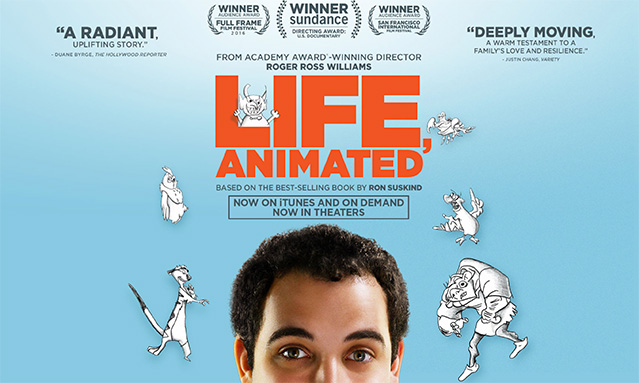 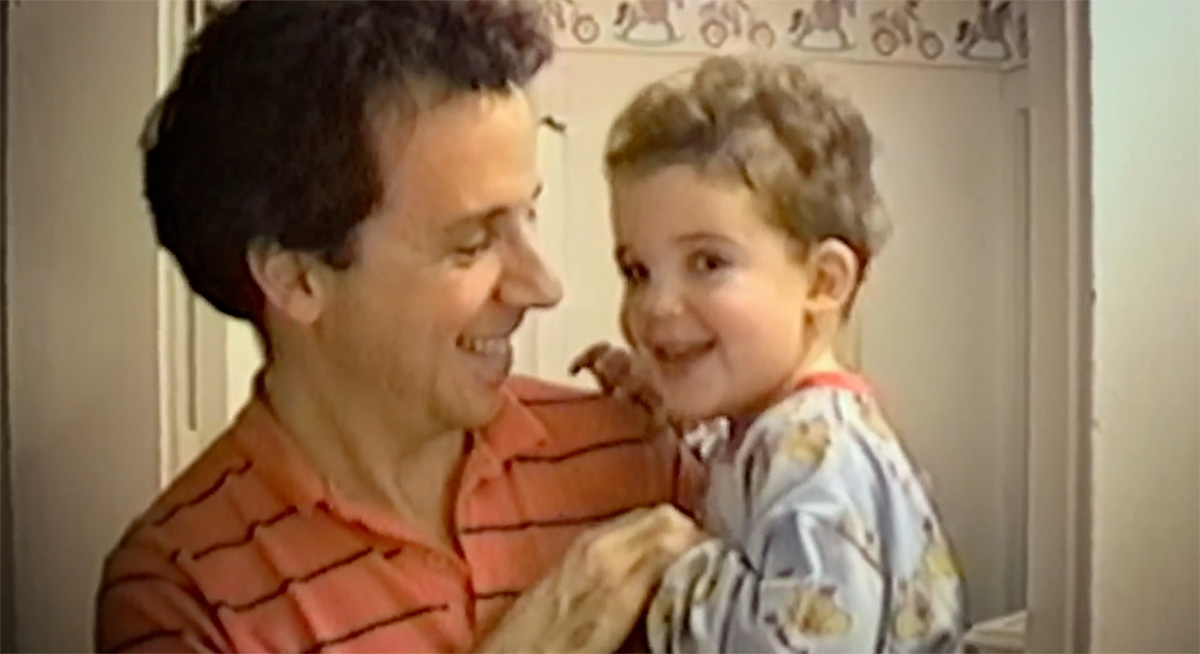 One day, the lively and talkative Owen vanished……

Disney Animations as the Key

Life, Animated is adapted from the book of the same title written by Ron Suskind, a Pulitzer-winning journalist and father to his autistic son Owen Suskind.

"Someone has kidnapped my son!" When Ron first noticed Owen's abnormalities, the father was overwhelmed by panic, perplexity, helplessness, and many many questions. In hopes of unlocking the dark room that caged their son, Ron and his wife Cornelia quickly recollected themselves and kicked off a chain of emergency procedures – taking Owen to various experts, drawing up a series of rehabilitation strategies for his personal, school and social life.

The key, much to everyone's surprise, has been right under their noses all the time – Owen's Disney animated favourites. Ron realised one day that Owen came out of his silent state and started talking to the animated characters! Not only could he memorise all the dialogues and storylines, he could also recall every cast and crew name on the long list of closing credits.

Disney cartoons became Owen's only window to the world and have also built a bridge for him to communicate with people in reality. 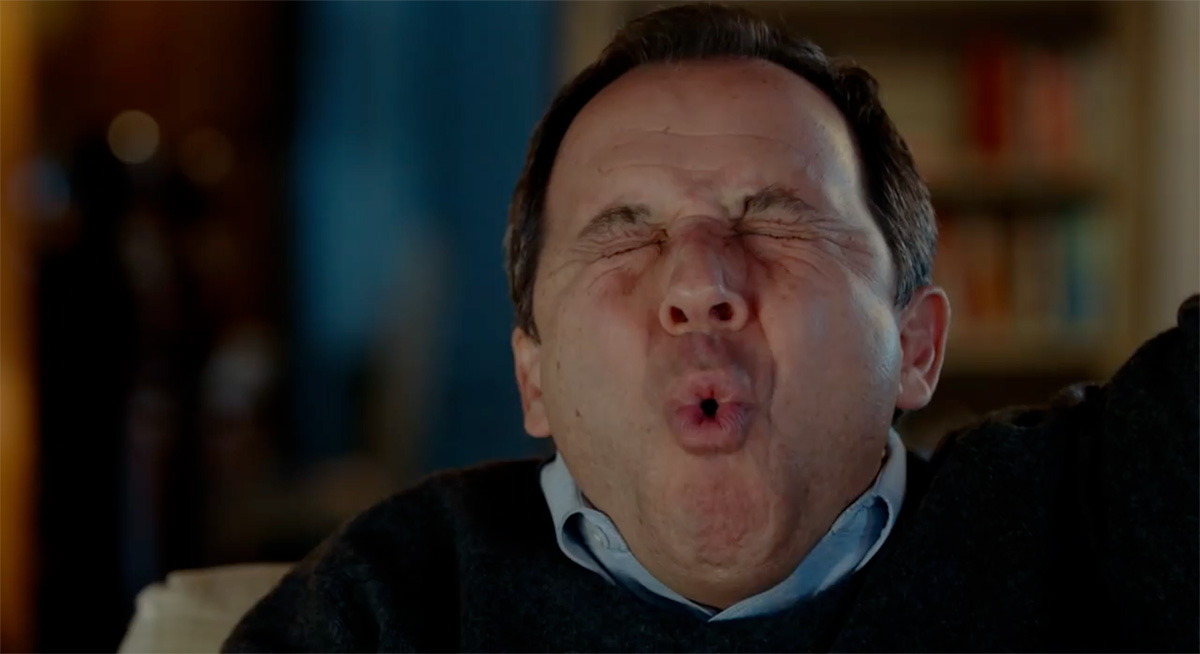 Disney cartoons is Owen's only window to the world and his father can only cling to playing Disney characters to communicate with his son.

Not All Restricted Interests are as Vibrant

Dr. Chan Kwok Ling, Head of Child and Adolescent Psychiatry of Queen Mary Hospital, regards Owen's obsession with Disney animations – reciting all the lines and watching certain scenes on repeat – as a "restricted interest", which is one of the core symptoms of autism spectrum disorder (ASD).

"Owen is relatively lucky," says Dr. Chan. "His restricted interest comprises lively story plots and scenarios that are textually and visually rich. The binary opposition of hero and villain offers a clear distinction of right and wrong. No doubt this window helps him to comprehend and connect to the real world. Unfortunately, typical restricted interests of most ASD patients are objects like trains, buses, numbers or preferences for route maps, schedules, stock chart patterns, which are not as useful for their emotional development."

Ron has also experienced a huge setback in real life for that matter. Astonished, he shared his discovery to a therapist who then gave him the cold shoulder, saying that repeating lines were "meaningless parrot mimicking, mostly likely. We probably should come up with some solutions to control his over-passionate obsession before it gets out of hand..."

The documentary features various life scenarios of the adult Owen, including one scene where a room full of therapists along with Owen and his parents gather together to discuss his life after graduation. It shows how much effort is needed to leap over one hurdle after another – can he live independently after leaving school? Is he capable of developing a social circle? What kind of job should he look for? What should he do to handle a breakup? Does he know anything about sex?

"What can be done to help these children transit smoothly into adulthood? This question is certainly worthy of our investigation, especially when Hong Kong has such a huge room for improvement. A number of non-profit organisations have been introducing corresponding services. Support for job hunt and interview, briefing of patient's personality profile to his/her employer, for instance, are provided for them to better adapt to a workplace. The Hospital Authority is also planning on similar services to assist with life planning for patients aged over 16."

Owen's graduation is emotional. It is an accomplishment by no means easy to adult ASD patients. For the road ahead, in order to live a life of his own, tremendous courage and endurance are indispensable.

What counts as a meaningful life?

"I really appreciate Owen's parents for their unfailing patience and love for Owen and, of course, his elder brother. The most precious of all is that their love is not spoiling or overbearing, but embodies positive understanding and encouraging acceptance. Owen can then gather his courage to take his first step and embrace difficulties ahead." Dr. Chan believes that parents in the same boat will find the documentary incredibly uplifting.

Adolescence is a storm in itself to every family, the difficulties it brings to families with SEN children are beyond imagination.

Owen in the documentary is already taller than his mum, whose hair has already turned white. When she looks at her inarticulate but cheerful son, she cannot help but ask herself, "Who exactly gets to decide what a meaningful life is?" Her question is worth for all of us to think about. 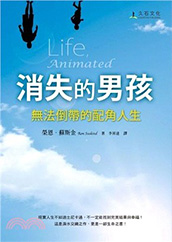